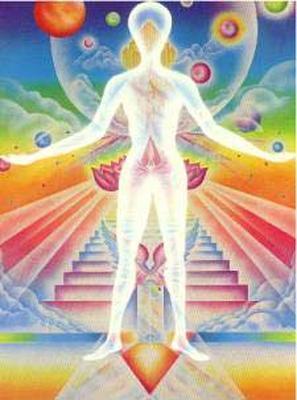 My Site is Dedicated To Alternative Healing of Many Types 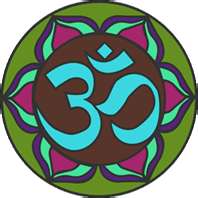 Yoga can be used also as a secondary therapy for conditions such as:

No... I would never attempt to suggest that yoga is a cure for any of theses disorders or diseases.

I am saying that yoga is an excellent means of encouraging your body to use it's own funtions to perform at an optimal level, creating a more healing enviroment for the body to strengthen and heal itself.

Yoga has been used as an alternative source of healing and health for thousands of years.

Early Egypt depicts yoga postures being performed by priests and kings, for spiritual as well as healing purposes.

Understanding Chakras Or Points in the spine that it is believed One Holds their "Chi" or energy channels. These are areas that are stimulated by YOGA or Reflexology 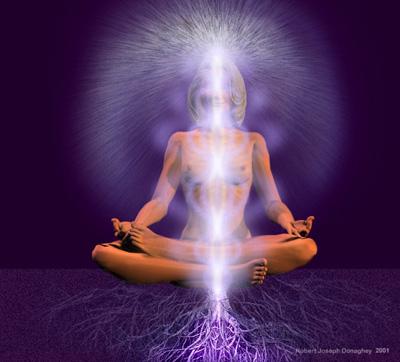 The word Chakra means Wheel in the Sanskrit language and according to Tantric beliefs; there are seven energy wheels centered in our body. These are the Chakras and they are interconnected to light, sound and color. Understanding the chakras allows us to understand the relationship between our consciousness and our physical body. If you’ve ever felt a sudden lump in your throat, butterflies in your stomach or an aching heart, then you have experienced your chakras trying to communicate with you. They are giving you signals that you need to pay attention to; otherwise they will become unbalanced and can cause emotional or even physical discomfort.

Here are the seven Chakras, their location, color and energy source

1.      1st Chakra
Root located in the perineum (which is the strip between the rosebud/anus and the yoni/vagina or the anus jewels/testicles) The Root Chakra is red in color and is the energy center to our basic instinct of survival. The Root grounds us in the physical world.

2.      2nd Chakra
Sacral located in the sexual organs. The Sacral Chakra is orange and its energy source is connected to our reproductive capacity and sexual desire.

3.      3rd Chakra
Solar Plexus located in the abdomen at the navel. Also known as the Seat of Emotions iit s yellow and is our energy center for power which includes anger and laughter.

4.      4th Chakra
Heart, green in color it represents our ability to give and receive love and compassion.

5.      5th Chakra
The throat Chakra is sky blue. It energizes communication and our ability to listen

6.      6th Chakra
Known as the Third Eye and located in the center of the forehead, its color is indigo. It is connected to imagination and psychic energy.

7.      7th Chakra
Crown on the top of the head is deep violet. This is our spiritual energy that connects us to the Universe.

Below Is the Dr. Ava's Chakra Test:

The will help you determine what areas of the body you may have more issues with and what YOGA postures you should focus on to improve flexibility and better quality of life.

Answer Yes, Sometimes or No to the following 25 questions:

When Balancing your Chakras

Consider theses points: The age-old set of exercises known in the west as "Yoga" offers a significant variety of proven health benefits.

* It is a fact, yoga increases the body's circulation.

* It is a fact, through cause and effect that yoga will positively effect the heart.

* It is a fact, that practicing yoga regularly, builds strength and stamina.

* It is a fact, that yoga improves coordination, posture, flexibility, range of motion, sleep and digestion.

As I began to study the Arts,  I began to realize the ties between Reflexology and Yoga. Also the parallels between Yoga,  Martial Arts,  and Reflexology,  as well as Massage.

Realizing through the study of the human body as Yoga postures are performed and Kata's are executed , that the reflexes are constantly being stimulated through these applications.

It is a perfect  balance and the body knows once accomplished that it is good . The body will then crave these actions.

Speaking from experience. Once I began as a Yoga practitioners,  I began to see subtle changes that within a months time grew to obvious changes.  These were physical, mental, and spiritual.

Going through some emotional changes, a few years ago, and was unable to practice yoga for about 2 months.  The entire time my body would remind me daily to do these postures. This was a little unnerving to me at first.

Now I've grown to love these little reminders my body gives me. These are but a few of the noticable changes Yoga has given me.

I feel very fortunate to have been put in the path of so many wonderful practitioners, and masters.

The Chakras are a very important part of understanding Yoga.

I wanted to simplify this part of my site as much as possible there are so many different aspects of Yoga. Just as there are many aspects to Martial Arts. There are many versions and styles, as well as  points of view.

Many people have asked me over the years the same question... "Isn't Yoga a religion?"  Of course the answer is no.  However, in trying to anylize this question I realize this is a question asked by people whom have very limited  knowlwdge on the subject.

Ignorance to me is merely a person who is ill informed. My best possible respond is...A person could easily make a religion of anything. If I were so inclined I could make a religion of walking my dog, making tea, or watching television. Whether I do so or not is completely up to me. Yes ,you could become religious with Yoga or anything else. Thats the beauty of free choice.

Yoga can, and in my opinion should be used as a tool for weight loss, a means of managing arthritis, or a physical form of meditation. It is what you make of it.

I believe when people use these terms, such as "make a religion of it." This denotes a fear, of the unknown. A fear of what is foreign and different.

I encourage individuals to study and look into anything you may want to try which is new or different . It may or may not be for you. So you must arm yourself with the best possible tools available...Knowledge. There is so much information out there in the way of Yoga studies.

So roll up your sleeves ,as I did and arm yourself with as much information as you can in whatever area interests you most.

The 1st Chakra. Often refered to as " The Seat Chakra " situated below the secrum bone. It's main aspect is innocence. Its is said one can reach a childlike state with laughter and innocence coming from this Chakra. Focus on dignity, balance, and direction.

The 2nd Chakra. One of creativity, attention, and knowledge. It is a clear connection for inner inspiration. Focus, power,and concentration.

The 3rd Chakra. The one of generosity, complete satisfaction and contentment. Center of peace should be the meditational focal point. With Nabhi doing so brings about stress and tension relief.

This is an area between the 2nd and 3rd Chakra. Refered to as The Void. The place of principles. Also called, " Guru Principle" within us. It has also been refered to as, " The Ocean of Illusions." If one can mater the stability and knowledge of this area one can pass over into, " The Void." Establishing and mastering as ones own Guru. It is believed this is where one does away with bad habits such as, laziness, gross attachments and things that enslave us. Following false Gurus who are only interested in their own power and gains. Money hungry individuals or those with materialistic idealizations of self grandure. This causes damage to The Void. Through our own self awareness this can be cured, and healed through meditation.

The 4th Chakra is one of the heart. So too does the spirit reside. Our true self which is forever pure and uneffected by any outside innfluences. A bright shinning light inside us. Which also lets us know when we are not doing " The Right Thing." Through meditation and realization we can become connected to our spirit. Our true self. We then can reach another level or plain of awareness. A new consciousness. We too often identify with our ego thinking that this is our true self. One must look past any ego which can prevent a clear view of our true self. Enabling you to connect to your own spirit and self. This is a Chakra that also is where the heart and lungs are seated.

The 5th Chakra. The " Social Chakra" Sort of a public relations Chakra. Diplomacy and relationships are the roots of this Chakra. Where one harbors guilt and painful remorse. Also jealousy inferiority, and superiority are manifested here. Also to meditate on this Chakra brings a sense of connection with others Belonging and family.

The 6th Chakra. One of forgiveness and compassion. Letting go of anger, hurt and self pity even hatred rest here through meditation, humility, and generosity of the spirit is acheived. The ego dissolving Chakra. It is said this Chakra can help those with addictions such as drugs, alcohol, wandering eyes, impure thoughts. Impulsive type behaviors. Replacing it with centering, passive mentality, and non-indulgent peace.

The 7th Chakra brings all Chakras together with balance and growth. The point in which all Chakras become one in consciousness. The absolute in awareness. The perception of self and reality. Also known as " The Crown Chakra " whose symbol is a crown of one thousand petals. The coming together and connection of all that is aware and lucid. An orchestra of all Chakra working in perfect unison.

OM Body Works and Much More