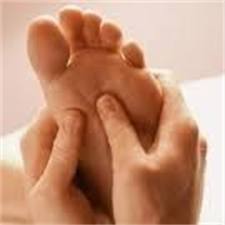 Melissa Blaque is a domestic violence legal advocate through Tn Coalition Against Sexual and Domestic Violence.

Melissa was recently honored for 10+ years in the field of Domestic Violence.

Facilitation of court ordered victims' and batterers' groups has been something I have been a part of for 20 years, as a survivor of domestic violence she vowed if she and her children survived she would dedicate her life to helping women and children with safety plans and educating as many as possible of the dangers of domestic violence and the cycles of abuse.

This vow has taken Melissa all over the country where she has advocated for over 2,500 women and children.

As an expert witness in court on domestic, and sexual abuse, animal abuse, and child abuse.

She began training in martial arts to protect herself against her abuser/ex-husbad who stalked her for a year and a half after she left him. She filed for orders of protection through His Honor Judge Bill Swan's 4th Circuit Court in Knoxville TN.

When she achieved her 1st black belt she began working with the local domestic violence court and shelter, who referred high risk women to her to teach self defense techniques that could potentially save their lives. These were women the court felt  had a higher than usual probability of being killed or seriously injured. She has taught women who were high risk since 1998. These were women from all walks of life, all economic backgrounds.

One of Melissa's dear friends from High School and her 11 year old son were murdered by her abuser. If you would like to know more about Melissa's friend Anita Gregg, she has a foundation in her honor and a yearly luncheon and fund raiser that raises awareness for domestic and sexual violence. St. Mary's hospital in Knoxville, TN is the sponsorship organization for the "Anita Gregg Foundation."

Melissa specializes in safety plans and high risk lethal application. Melissa customizes safety plans for each case she assists with. She is also a public speaker on domestic violence.

If you or anyone you love is dealing with a controlling or abusive relationship, I can do a very basic, but potentially life saving, safety plan. 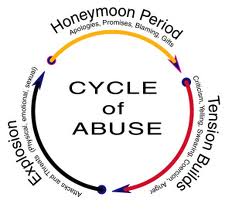 THE CYCLE OF ABUSE CHART

Controlling who you speak to, where you go. Who your friends are, what you wear etc; Not allowing you to spend time with others. How much make-up you wear, or clothing you wear.

All the phases can vary in severity and intensity. Jealousy such as: accusing you of looking at someone, or someone looking at you. An abuser can appear paranoid, thinking your having affairs when you aren't. Thinking you have a secret lover when you do not. Jealous often of any time you may spend talking to or interacting with anyone but him. This can include your own children, family members. (mother, father, sister, brother)

This is when the abuser does not allow his victim' to go outside the home without him, or doesn't allow the victim' to continue communication with friends or family. Keep the victim' "all to himself." This can be very painful for a victim as family or friends may view this as the victim, "choosing the abuser over them, or protecting him." Often the victim does this simply to protect friends and family from what she is having to endure.

If you suspect anyone you know may be suffering is silence you could save their lives!!!

I met a Martial Arts Master, Who had been very extensively trained & told him my story. Not knowing at the time the level of mastery he held. He began teaching me. I promised I would train every spare moment I had. Vowing to never be a victim again! I trained every day for more than 8 years. I worked on my abillity to focus, comprehend, & most of all survive.

I was taught history of my style. Tradition of the Arts. & the respect we must show eachother in our belief in the Arts. Only the ignorant will question ones ablilities. Only the insecure in his owns methods will doubt the ways of another. Only the brass, erogant bully insists his style is the "BEST". Those whose heart is quickened, & humbled by respect know the true nature of the Martial Arts. To all others you study in vein for your nature is flawed & unsure. Question not the true spirit of the arts for steadfast will be your training the light of guidance & ability will shine on you as you seek the knowledge of ancient ancestors & their ways.

My style is a combination of standing techniques involving 40 basic self defense techniques, intermediate techniques we refer to as close quarter, and advanced which we call street fighting.

These are introduced as 40 techniques. Basic, Intermediate, and advanced. These techniques are taught as part of the schools belt ranking system and is taught seperately as self defense techniques.

I am currently an instructor with the Martial Science Federation. I have been instructing for 8 years in the Martial Arts. I  am 2 times certified in womens self defense.

Teaching is truly a passion for me. I believe knowledge is to be past on. It is something I hold very dear.

The knowledge and wisdom I have gained through the teachings of Martial Arts, as well as Yoga has proven to be immeasurable.

There are many male instructors out there .As a woman and as a female instructor, it is more dificult to gain the same amount of respect and we must work twice as hard. I do believe mastery is within. It is important to gain as much knowledge as possible in anything we experience in life.

I believe strongly... Good or bad our experiences make us who we are. The more dificult the lesson the stronger the student. The wiser we become. If you were to take away the bad experiences from my memory I would not be the same person. I don't believe I would be as strong as I am today.

It is truly a male dominated feild. The strong survive. The weak do not. This is unfortunately the way of things. That is why I have dedicated my life to empowering the weak. Uplifting those who would not have otherwise, survived. I am flexible and work with those in need.

I will not turn someone away. If you have a desire to learn and empower yourself , contact me.  My contact information is located on the contact page.I offer private lessons & am discreet in cases where the need arises.

Training Is The Key 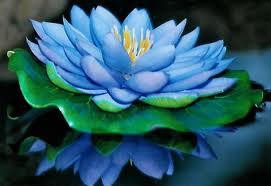 I was taught by my Martial Arts Master that bragging about ones belt level is unacceptable.

Only focus and training has brought me to the level I am.

I am a work in progress and continue to grow and change.

I believe one must continue through life as a student.

In many respects I am still a child in my path to enlightenment.

OM Body Works and Much More